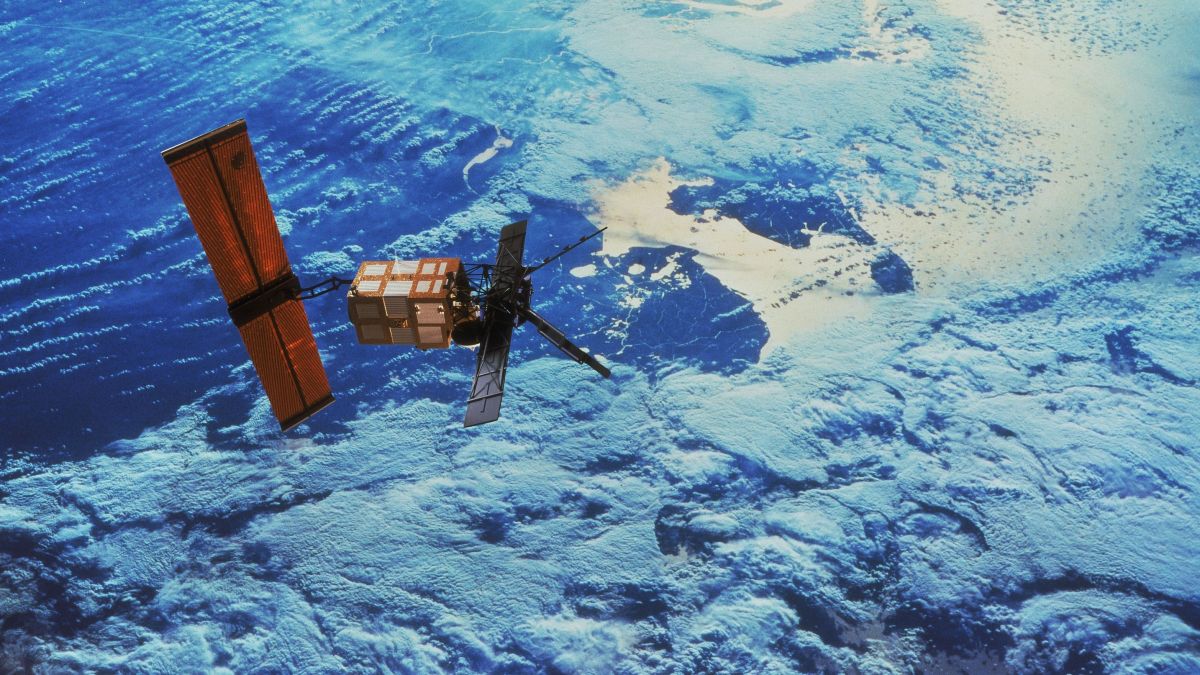 This year’s Nobel Prize in Physics laureate Klaus Hasselmann helped to shape a ground-breaking Earth-observation mission that paved the way for the modern study of our planet’s environment.

The German oceanographer and climate modeler was awarded the coveted prize for his contribution to the physical modeling of Earth‘s climate that has enabled scientists to quantify the climate’s natural variability and better predict climate change. Hasselman won half of the 2021 Nobel Prize for Physics last week, with the other half shared by scientists Syukuro Manabe and Giorgio Parisi for their own research on disorder and fluctuations in physical systems.

Hasselman, now 89 and still active at the Max Planck Institute for Meteorology in Germany, was also a member of an expert group that, in the 1970s, helped the European Space Agency (ESA) create its Earth observation program and build its first mission dedicated to studying Earth from above.

“We send our most sincere congratulations to Prof. Dr Hasselmann for his well-deserved Nobel Prize,” ESA Director General Josef Aschbacher, said in a statement.

As a member of the space agency’s High-Level Earth Observation Advisory Committee, Hasselman contributed to the development of the European Remote Sensing satellite (ERS-1) and its successor ERS-2.

For this mission, Hasselmann developed a method for measuring ocean waves using synthetic aperture radar (SAR) imaging, ESA said in the statement. SAR instruments send a signal to the ground and then measure how much of it is reflected back. These instruments are increasingly employed by environment-monitoring satellites today and the technique developed by Hasselmann is still in use on current Earth-observing satellites such as the European Copernicus Sentinel-1 radar mission.

“Without a doubt, it is largely thanks to Prof. Hasselmann that we have operational wave monitoring, or ‘wave mode’ from Sentinel-1 today — a source of essential data for ocean forecasting, keeping maritime traffic safe,” Aschbacher said in the statement.

Coincidentally, the ERS-1 mission celebrated its 30th anniversary this year. Launched on July 17, 1991, ERS-1 was, at that time, Europe’s most sophisticated spacecraft, the space agency said in the statement.

In addition to the imaging synthetic aperture radar that was used for the wave monitoring, the 5,256-lb. (2,384 kilograms) satellite also carried a radar altimeter (a sensor that sends a radar pulse to the ground and measures the distance based on the time it takes for the signal to return) and a wind scatterometer (which measures how a radar signal is affected by disturbances in Earth’s atmosphere). The mission generated nine-years worth of data about Earth’s atmosphere, oceans, ice coverage and land conditions before it failed in March 2000, having exceeded its expected life-span by 8 years.

Its successor, ERS-2, was already in orbit at that time, allowing ESA to seamlessly continue to gather data about the changing planet. Launched in 1995, ESR-2 also carried a dedicated sensor for ozone layer monitoring.

Hasselmann received the 2021 Nobel Prize for Physics together with Syukuro Manabe of Princeton University, and Giorgio Parisi of Sapienza University of Rome, Italy.

Syukuro also works in the physical modelling of Earth’s climate and climate change prediction. He was the first to demonstrate how increased levels of carbon dioxide in the atmosphere lead to increased temperatures at the surface of the planet. Parisi’s work centers on theoretical understanding of disordered materials and random processes including atom-scale as well as planetary-level developments.