On the hunt for hypernuclei 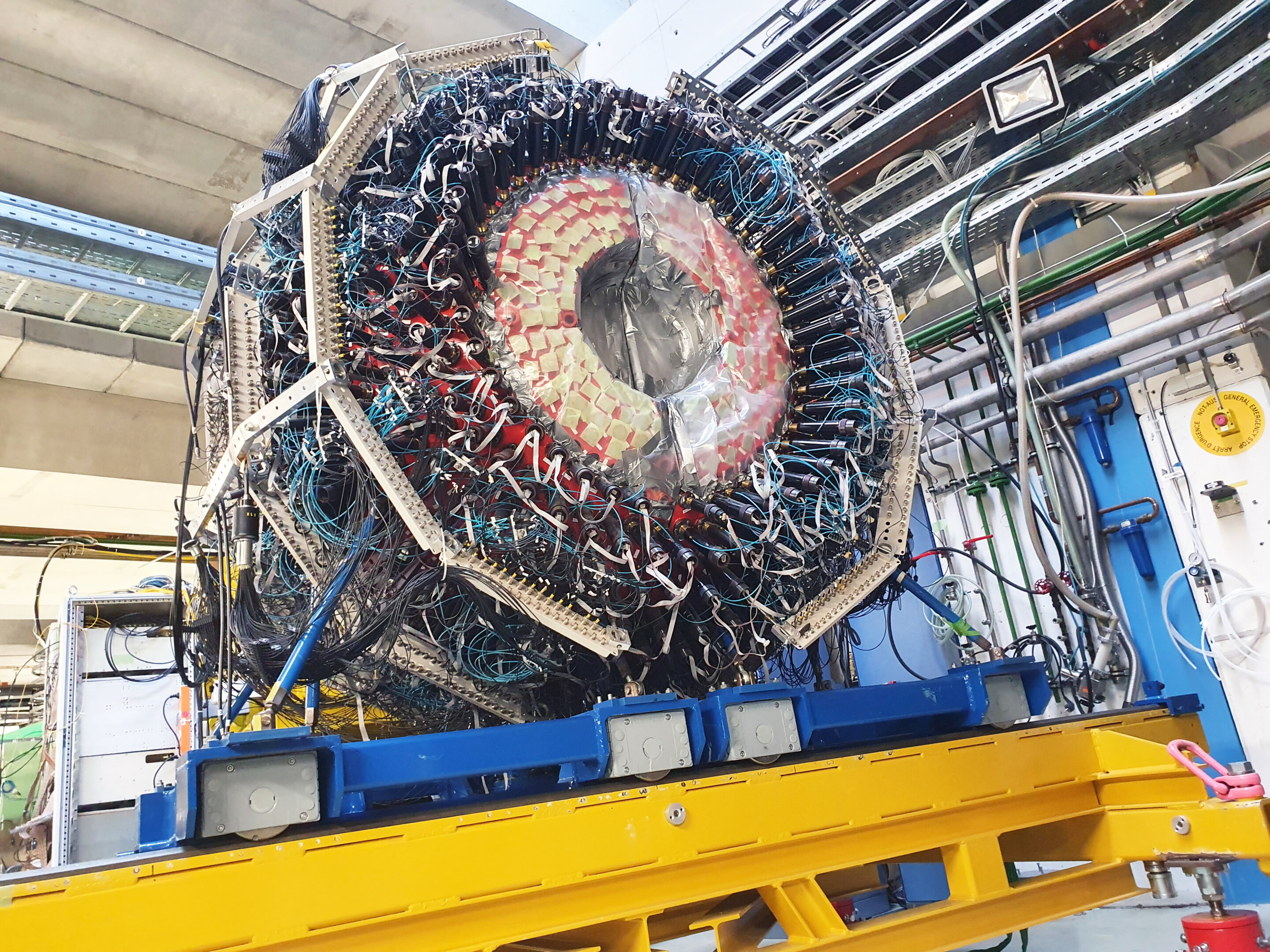 With the WASA detector, a really particular instrument is at present being arrange at GSI/FAIR. Together with the fragment separator FRS, it will likely be used to provide and research so-called hypernuclei through the upcoming experiment interval of FAIR Phase 0 in 2022. For this goal, the meeting, which weighs a number of tons, is being transferred to the power in a fancy set up process. The scientific relevance of the deliberate experiments with hypernuclei can also be proven by a latest evaluate article within the scientific journal Nature Reviews Physics, wherein GSI/FAIR researchers play a number one position.

Very particular unique nuclei are within the focus of researchers within the upcoming experiment interval: so-called hypernuclei. Regular atomic nuclei are manufactured from protons and neutrons, which in flip are composed of a total of three up and down quarks. If one in all these quarks is changed by one other kind, a so-called unusual quark, a hyperon is fashioned. Atomic nuclei that comprise a number of hyperons are referred to as hypernuclei. They might be produced in particle collisions at accelerators, and their decay can then be noticed in experiment setups such because the WASA detector and the FRS in an effort to research their properties intimately.

Professor Takehiko Saito, main scientist within the GSI/FAIR analysis pillar NUSTAR, is the primary creator of the paper “New directions in hypernuclear physics” within the journal Nature Reviews Physics, which highlights earlier outcomes, open questions and new prospects within the subject of hypernuclear analysis. “Hypernuclei could shed light on what happens inside neutron stars. According to current predictions, hypernuclei should exist there abundantly. However, some of their properties have not yet been accurately determined. Among other things, the researchers want to determine the binding energy and lifetimes of different hypernuclei more precisely in future experiments, as well as discover new variations,” Saito says. “For this purpose, the HypHI experiment, previously operated at GSI/FAIR, has already achieved exciting results, but has now reached its limits. The combination of WASA and FRS promises new insights and information. The detector has a higher detection efficiency for measuring all the decay products of the hypernuclei. In the future, the FAIR facility, which is currently being built, will also open up extensive new opportunities for the study of hypernuclei.”

WASA stands for “Wide Angle Shower Apparatus” and is designed to hint the tracks of enormous numbers of particles which are emitted in energetic nuclear collisions. Thus, the gadget is a big, virtually closed sphere, geared up with numerous measuring devices, a few of which protrude outward like spikes. They include scintillators and gaseous detectors that may detect charged and impartial particles. Inside is a superconducting solenoid magnet that have to be cooled to 4 Kelvin with liquid helium. Most of the detectors are at present improved by the worldwide WASA@FRS collaboration. The Japanese crew of the collaboration performs a number one position within the growth and improve of the detector.

Responsible for the technical setup of the WASA detector at FRS are the 2 NUSTAR engineers Tobias Weber and Philipp Schwarz. “Due to the tight spatial constraints at the FRS, the compact and powerful WASA detector was the best choice for the planned experiments at FRS,” Weber explains. “We had to remove several parts of the FRS to make space available for WASA.” Schwarz provides that “to transport the detector to its final destination, we had to carefully move the delicate components, which weigh several tons, across our experiment halls via several overhead cranes. Fortunately, everything went well and according to schedule so far. Soon we will be able to start the commissioning at the FRS to ensure everything will be ready for the experiments next year.”

Prior to the set up at GSI/FAIR, WASA had already accomplished quite a few experiment campaigns. The setup was initially used on the Svedberg laboratory in Sweden and later on the COSY ring at Forschungszentrum Jülich. Its set up at FRS can also be solely non permanent. Following the upcoming experiments, it will likely be eliminated and the FRS will once more be prepared for different NUSTAR experiments finding out additional unique nuclei.

Light nucleus predicted to be stable despite having two strange quarks