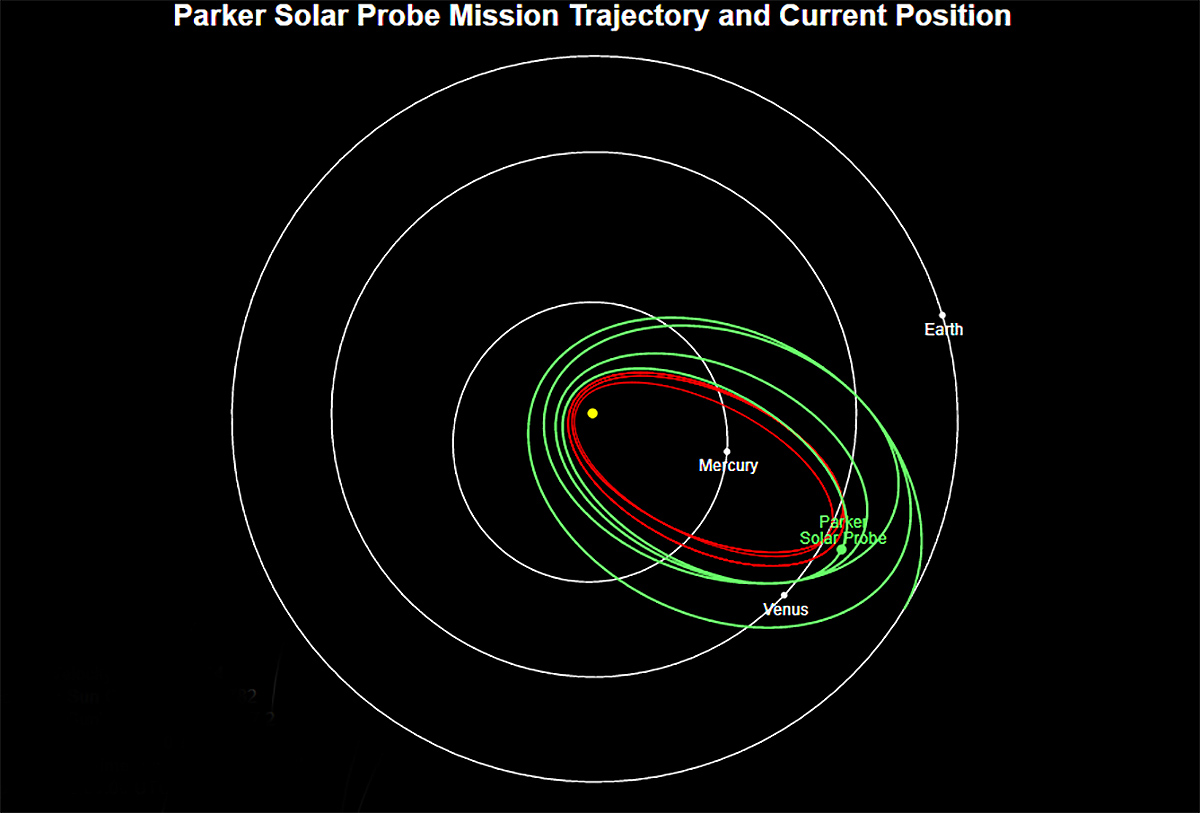 
Parker Solar Probe will perform its next Venus flyby on October 16, 2021. The spacecraft performed a short preparatory maneuver on September 29. The maneuver changed the craft’s speed by 9.7 centimeters per second, or less than a third of a mile per hour. That slight was critical for placing the craft on course for Saturday’s Venus gravity assist, when it will use the planet’s gravity to swing toward its 10th close approach to the sun.

The September 29 maneuver was monitored from the mission operations center at the Johns Hopkins Applied Physics Laboratory in Laurel, Maryland. APL also designed and built Parker Solar Probe and said is:

… healthy and its systems are operating normally. The spacecraft completed its 9th solar encounter on August 15, 2021, at closest approach coming within 6.5 million miles (10.4 million km) of the sun’s surface. The upcoming Venus gravity assist will send the spacecraft even closer to the sun’s blazing surface – about 5.6 million miles (9 million km) – on November 21.

In all, the probe has 24 scheduled orbits around the sun during its seven-year mission. During this time, NASA likes to say, the probe will “touch” the sun, that is, fly within the sun’s atmosphere. During each of its sweeps past the sun, NASA said, the Parker Solar Probe will break its own nearness records to the sun.

Bottom line: Parker Solar Probe will perform a close Venus flyby on October 16, 2021. The gravity assist from Venus will send the probe on toward its 10th close approach to the sun on November 21, 2021.

Deborah Byrd created the EarthSky radio series in 1991 and founded EarthSky.org in 1994. Today, she serves as Editor-in-Chief of this website. She has won a galaxy of awards from the broadcasting and science communities, including having an asteroid named 3505 Byrd in her honor. A science communicator and educator since 1976, Byrd believes in science as a force for good in the world and a vital tool for the 21st century. “Being an EarthSky editor is like hosting a big global party for cool nature-lovers,” she says.