Rules of attraction: Strange chemical bonds that defy the textbooks 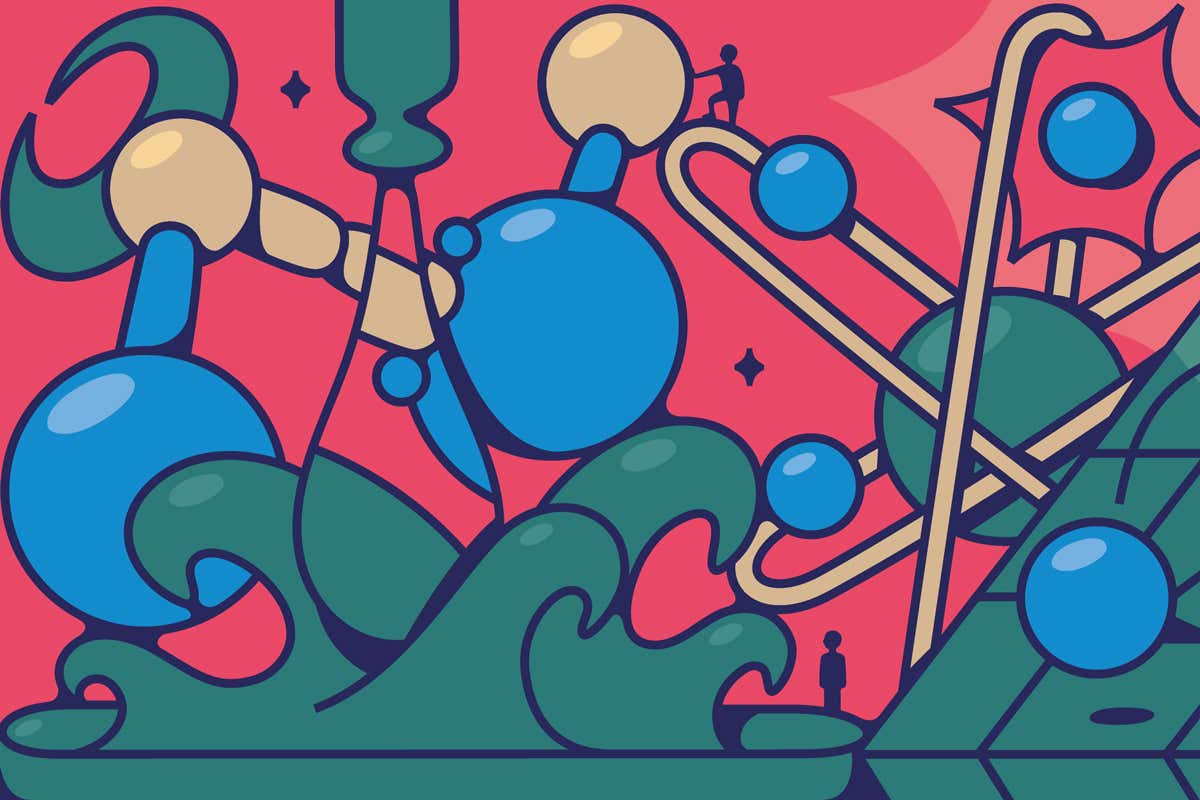 Our most fundamental ideas about how atoms and molecules stick together are changing. That is great news for creating new materials, but brings fresh challenges to understanding the world around us

NO SCHOOL chemistry textbook is complete without a detailed enumeration of the basic types of chemical bond: covalent, ionic and metallic. And for good reason, because bonds are the glue that binds chemistry together. “We talk about chemical bonding because we want to understand and predict materials’ properties,” says Matthias Wuttig, a materials physicist at RWTH Aachen University, Germany.

That makes it all the more shocking that, a century and a half after the idea of chemical bonds was first floated, we are still a long way from a complete understanding of how atoms’ outermost electrons, the mediators of chemical bonds, form these links. Recent discoveries show that there are more types of bond than we thought, and that some of the familiar ones might not be quite as we had imagined. There are even bonds that, completely against chemical orthodoxy, involve no electrons at all.

We are still getting to grips with this new panoply of bonding varieties. Even so, it is already clear that it can not only give us a better understanding of existing substances, but also unleash untapped potential in the elements, promising a whole new world of materials for applications that include solar cells, drugs, data storage and more besides.

As far back as the 1860s, scientists had begun writing out compounds in a distinctive format with sticks joining element symbols: H-H for the molecule (H2) made up of two hydrogen atoms, for example. By 1866, English chemist Edward Frankland had coined the term “bond” to describe the links that these sticks depicted.

At this point, the whole concept of the atom …