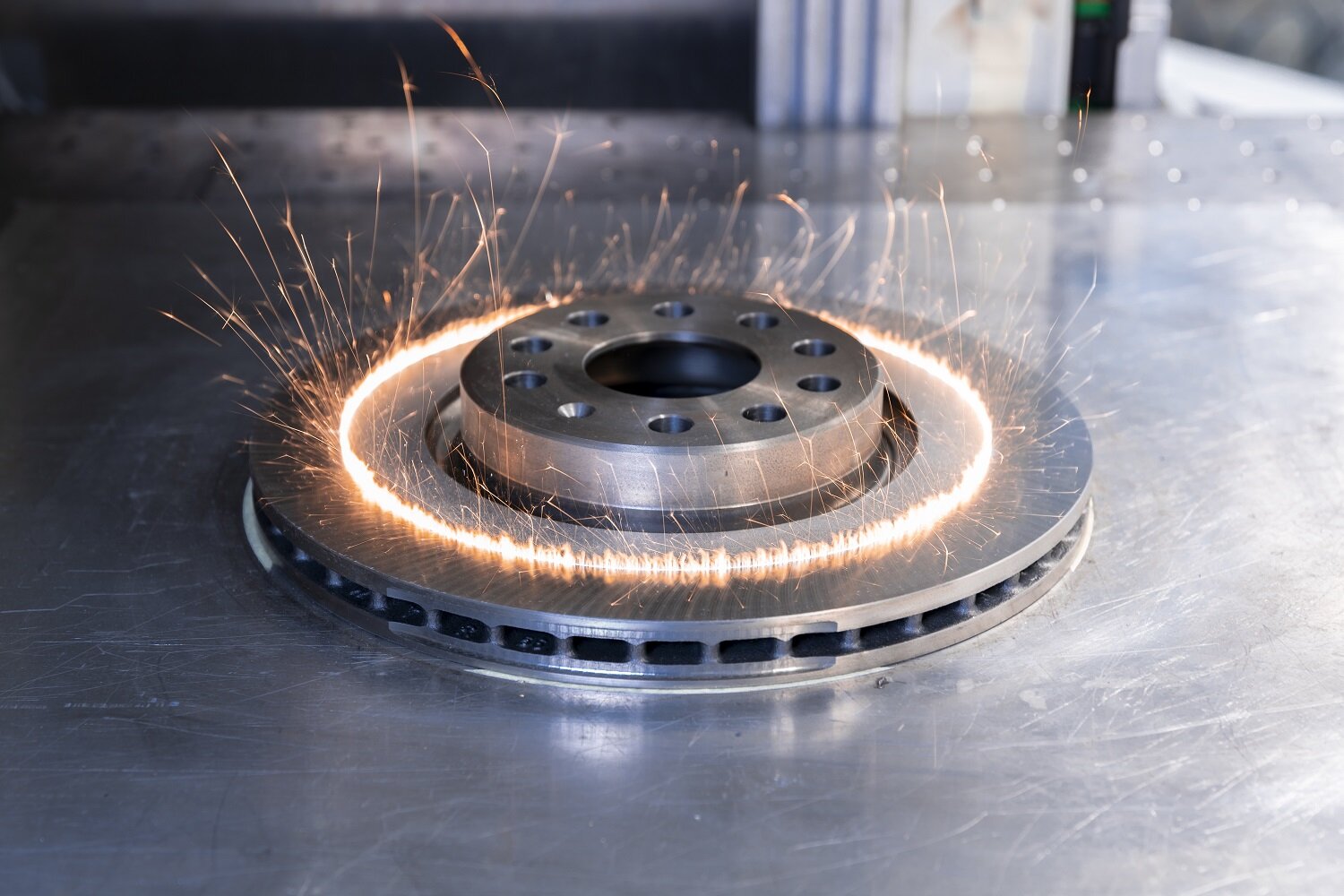 Sandblasting—that was yesterday. Laser beams can now clean and structure surfaces more precisely and cost-effectively and in more environmentally friendly ways than conventional systems. The Fraunhofer Institute for Material and Beam Technology IWS in Dresden has developed the technology “LIGHTblast” for this purpose which is now being transferred to the semiconductor manufacturing, automotive supply and other industries.

The Fraunhofer IWS researchers see considerable ecological and economic potential. “This is like sandblasting at the speed of light,” explains Dr. Patrick Herwig, who heads the Laser Cutting Group at the institute.

“We are thus enabling industry to process equipment and components faster, more environmentally friendly and cleaner than before. Considering the entire production chain, our process is less expensive than classic sandblasting when used in series production. We are certain that laser technology will pay off for companies.”

The market potential is considerable. Indeed, the number of industries using classic sandblasting systems is increasing. Not only do they remove any contamination from a wide variety of components, but they also roughen them in a defined manner prior to coating, thus optimizing the result of the coating process.

Occasionally, sand particles are embedded into the treated surface, which remain as a defect even after intense cleaning. In conventional processes, a jet of compressed air accelerates sand at high speed onto the target surface.

The sharp-edged sand particles tear away parts of the surface, causing the sharp edges to wear away and mix with the resulting dust. With each use, the blasting medium contaminates more and steadily round grinds. The process result continuously deteriorates. Ultimately, the mixture must be disposed of as special waste, which pollutes the environment and causes additional costs.

Fraunhofer IWS uses high-energy light instead of sand grains to clean and roughen. For this purpose, researchers developed the laser-based process LIGHTblast that realizes cleaning and structuring tasks significantly faster than conventional processes and should result in lower operating costs in series production.

The process can also be automated more easily with positive effects on quality, process control and occupational safety. In addition, the system works much more precisely than a sandblasting system, as a laser beam with a diameter of less than 50 micrometers (i.e. thousandths of a millimeter) replaces a particle stream several centimeters wide. “In a sense, we are working with a scalpel instead of a club,” Patrick Herwig explains metaphorically. How rough the surface ends up can also be very finely adjusted with the new method.

Apart from the cost and quality benefits, the ecological balance of their manufacturing processes is becoming increasingly important for many industrial users. Thus, many pre- and post-processing steps are eliminated: The light-based processing does not require any chemicals for cleaning. The laser blasting system precisely processes only the desired surfaces, consuming neither sand nor material for masking and thus saving hazardous waste and adhesive tape waste. The laser beam vaporizes parts of the surface; the expanding vapor carries away solid components and also achieves a defined roughness.

Several industrial companies have already recognized these and other advantages of light sandblasting. They now want to gradually transfer the technology into manufacturing practice together with the Fraunhofer researchers. For example, Fraunhofer IWS and a partner are further developing the process to structure hard material coatings by means of laser technology and to decisively improve the finishing process with regard to costs and environmental compatibility.

“Every brake disc is different,” says René Bischoff, Chief Technology Officer at C4 Laser Technology from Freital near Dresden. “Factors such as the chemical material composition, cooling rates, the condition of the machining tools or the graphite structure near the surface are just a few parameters exerting a considerable influence on the coating process of gray cast iron surfaces. Together with Fraunhofer IWS we have found a way to standardize the friction band surface condition of the brake disc blank before coating. Thus, we succeeded in making the normalization process fully automatable as well as cost-efficient and in increasing the process capability.”

As part of the production chain, the process thus contributes to an affordable brake disc whose significantly extended service life will ensure that less particulate matter will be produced in road traffic in the future. Among other things, the Dresden institute is contributing its expertise in the design of laser-based manufacturing processes and in software development for process control.

In general, the new method can be applied wherever components need to be cleaned, pre-structured or roughened for subsequent coating. Further development steps are planned for this purpose.