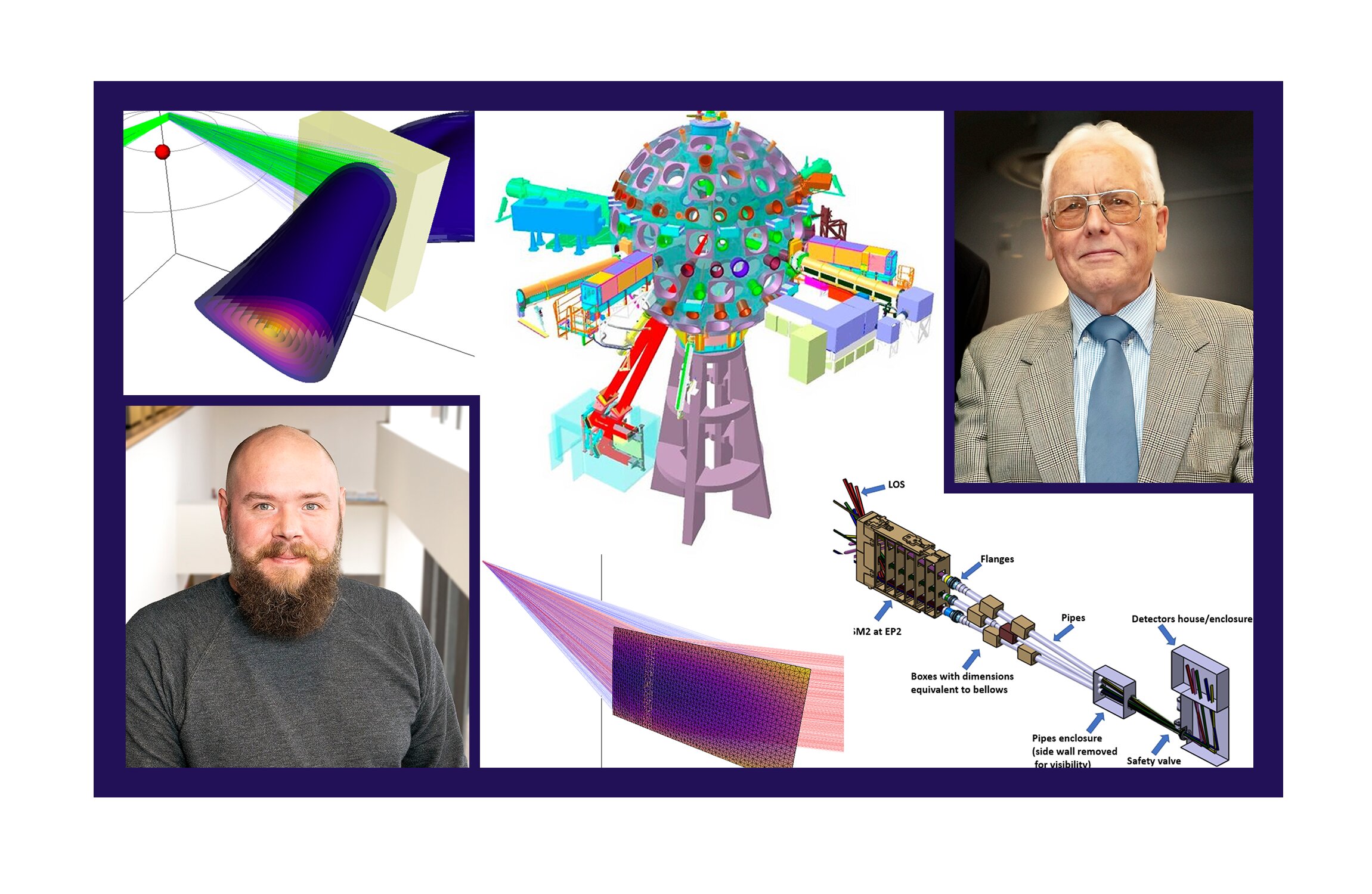 Laser-produced high energy density plasmas, akin to those found in stars, nuclear explosions, and the core of giant planets, may be the most extreme state of matter created on Earth. Now scientists at the U.S. Department of Energy’s (DOE) Princeton Plasma Physics Laboratory (PPPL), building on nearly a decade of collaboration with the National Ignition Facility (NIF) at the DOE’s Lawrence Livermore National Laboratory (LLNL), have designed a novel X-ray crystal spectrometer to provide high-resolution measurements of a challenging feature of NIF-produced HED plasmas.

The collaboration with NIF, home to the world’s largest and most powerful lasers, represents a major expansion for PPPL’s X-ray crystal spectrometer designs, which are used by fusion laboratories around the world to record on detectors the spectrum of X-rays from the plasma—gases of electrons and atomic nuclei, or ions—that fuel fusion reactions. These PPPL instruments measure profiles of key parameters such as the ion and electron temperatures in large volumes of hot plasmas that are magnetically confined in doughnut-shaped tokamak fusion devices to facilitate fusion reactions. By contrast, NIF laser-produced HED plasmas are tiny, point-like substances that require differently designed spectrometers for high-resolution studies.

“We previously built a spectrometer for the NIF that has been quite successful,” said physicist Manfred Bitter, a long-time member of the PPPL design team. That spectrometer, delivered in 2017, provides high-resolution measurements of the temperature and density of NIF extreme plasmas for inertial confinement fusion experiments, and the data obtained have been presented in invited talks and peer-reviewed publications.

The HED experiments differ from the magnetically confined experiments that PPPL conducts in many respects. A major difference that affects the design of spectrometers is the small size of laser-produced HED plasmas, whose volumes are typically on the order of a cubic millimeter and can be considered as point-like X-ray sources. This small size compares with extended tokamak plasmas, which have volumes of several cubic meters and require very different diagnostic designs.

PPPL’s new spectrometer for the NIF responds to new design challenges. They call for measuring a fine structure in the X-ray spectra of HED plasmas that reveals their state of matter under extreme conditions. Such measurements can show whether the ions in the highly-compressed plasma are in a random, or fluid-like arrangement, or in a more ordered lattice-like arrangement that is typical for a solid.

This critical state of matter can be detected in what is called the Extended X-ray Absorption Fine-Structure (EXAFS)—the technical term for the tiny intensity variations, or wiggles, in the X-ray energy spectrum recorded by crystal spectrometers. “The standard crystal forms which have been used for the diagnosis of HED plasmas, so far, cannot be used in this case,” said Bitter, lead author of a paper in the Review of Scientific Instruments that describes the PPPL spectrometer being fabricated for the NIF. “Their resolution and photon throughput are not high enough and they introduce imaging and other errors.”

These are the challenges the new crystal spectrometer must meet, Bitter said:

Bitter and PPPL physicist Novimir Pablant worked together to design the new spectrometer. Bitter came up with the idea of shaping the crystal that mirrors the spectrum in the form of what is called a sinusoidal spiral. These spirals denote a family of curves whose shapes can be determined to assume any real value, making it possible to select a special shape of crystal. Pablant, who co-authored the Review of Scientific Instruments paper, created a computer code to design the sinusoidal crystal in a process that he outlines in a recently submitted companion paper to the same journal.

“I developed a code that would allow me to model the complicated 3-D shape of the crystal and simulate the performance of this new spectrometer design,” Pablant said. The simulations showed that the performance of the crystal marked “a five-times improvement in energy resolution for this NIF project compared to their previous spectrometer design.”

The collaboration will move to NIF in October when the new spectrometer is scheduled for testing there, with researchers at both laboratories eagerly awaiting the results. “Experiments at the NIF that measure the EXFAS spectrum at high X-ray energies have had low signals,” said Marilyn Schneider, leader of the Radiative Properties Group at the Physics and Life Sciences Directorate of LLNL and a co-author of the paper. “The spectrometer design described in the paper concentrates the low signal and increases the signal-to-noise ratio while maintaining the high resolution required for observing EXAFS,” she said.

Experimental verification is the next step required. “We arrived at this design after several attempts and are confident that it will work,” said Bitter. “But we have not yet tested the design at NIF and must see how it performs in the fall.”