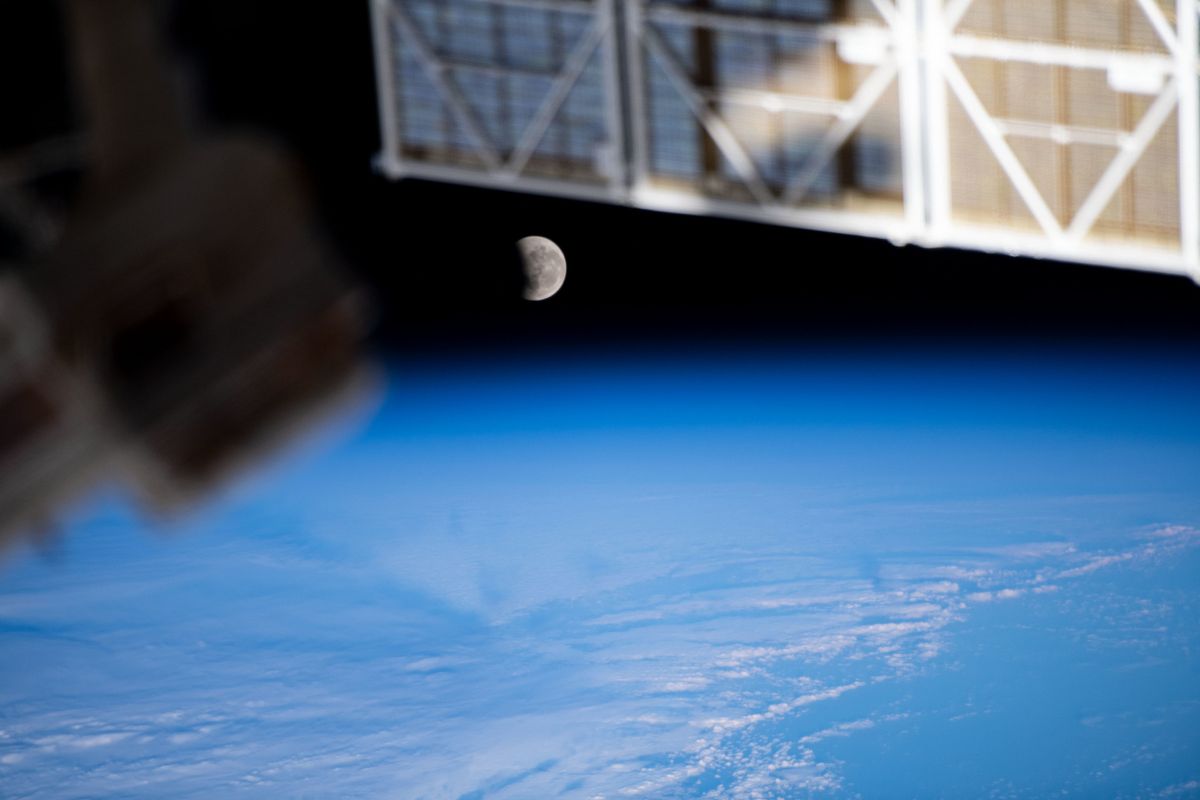 Astronauts at the International Space Station (ISS) got a spectacular view of May’s lunar eclipse from orbit. Images from NASA show the moon partially obscured by Earth’s shadow, with parts of the ISS visible in the foreground. At one point, astronauts could see the partial eclipse intersect with the Earth’s horizon.

Unfortunately, ISS astronauts didn’t get to see the full, five-hour-long eclipse on May 25, nor did they see the “blood moon” turn red during the total phase of the lunar eclipse, which lasted for about 15 minutes. The Earth obscured their view at this pivotal moment, Dan Huot, a NASA spokesperson with the Johnson Space Center in Houston, told Space.com in an email.

Some viewers on Earth, however, did get to see the “blood moon” — also known as the Super Flower Blood Moon because it coincided with a supermoon and the Full Flower Moon of May. Because the Flower Moon occurred when the moon was near perigee, the closest point to Earth in its elliptical orbit, it appeared slightly larger than average, a phenomenon informally referred to as a “supermoon.”

The full eclipse was visible from the western part of the Americas, islands of the Pacific Ocean, all of Australia and parts of eastern Asia. During totality, which happens when the moon passes through Earth’s dark, inner shadow known as the umbra, the moon appeared red. This happens because the moon reflects light from every sunrise and sunset on Earth while our world’s atmosphere filters out blue light, according to NASA.

The ISS, which orbits the Earth at an altitude of about 248 miles (400 kilometers) and a speed of about 17,500 mph (28,000 km/h), completes one trip around the globe about once every 90 minutes. This means that the crew onboard will experience about 16 moonrises and moonsets every day, as well as 16 sunrises and sunsets.