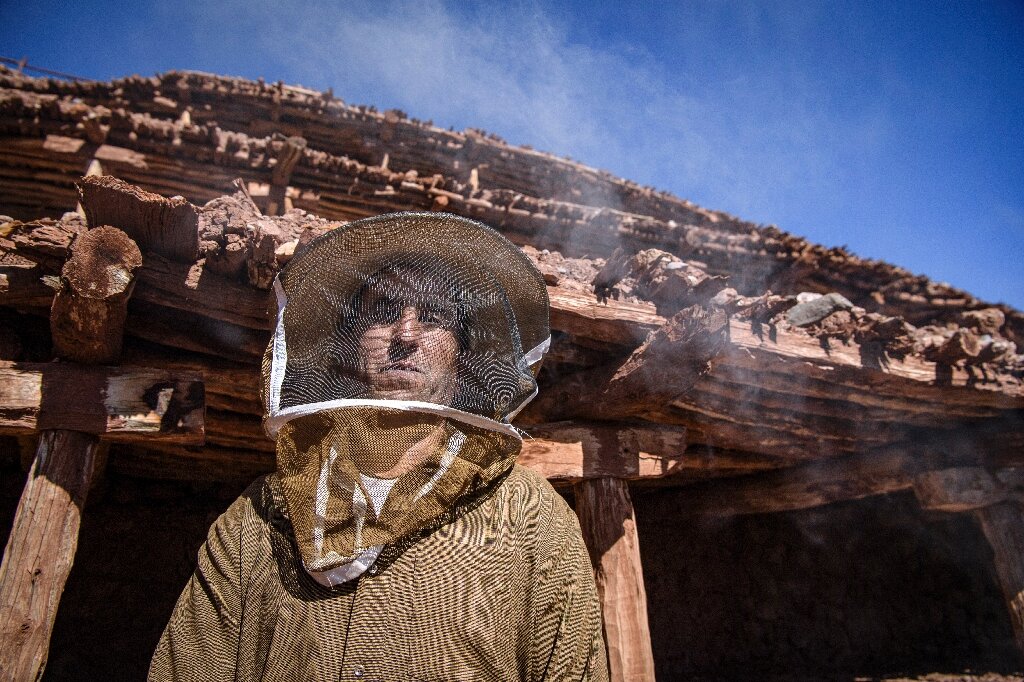 
Morocco’s village of Inzerki is proud to claim it has the world’s oldest and largest collective beehive, but instead of buzzing with springtime activity, the colonies have collapsed amid crippling drought.

Beekeeper Brahim Chatoui says he has lost almost a third of his hives in just two months—and he is not alone.

“At this time of year, this area would normally be buzzing with bees,” said Chatoui, sweating under a blazing springtime sun. “Today, they’re dying at a terrifying rate.”

The North African kingdom has seen a dramatic spike in mass die-offs of the critical pollinators, a phenomenon called “colony collapse disorder“.

Worldwide, experts say such sudden mass deaths of bees are often linked to the destruction of nature and the rampant use of pesticides.

But authorities in Morocco say these collapses are caused by the worst drought to hit the country in 40 years, which has decimated the plants on which bees rely for food.

The crisis is so acute that the government released 130 million dirhams ($13 million), to support beekeepers and investigate the cause of the bee deaths.

Morocco’s National Food Safety Office, which carried out the investigation, ruled out disease as a reason.

Instead, it blamed the “unprecedented” spike in hive collapses on an intense drought driven by climate change.

Inzerki’s unique collective beehive sits on a sunny hillside in the heart of the Arganeraie Biosphere Reserve, a UNESCO-protected 2.5-million-hectare region, some 415 kilometres (260 miles) southwest of the capital Rabat.

The complex is striking: A five-storeyed structure of wooden struts and dry mud stretch along a hillside, each compartment home to a cylindrical wicker hive, covered with a mix of earth and cow dung.

Experts say it is the oldest traditional, collective beehive in the world, dating back to 1850, but today it is under threat amid a changing climate.

“This year we hope for rain, because I have lost 40 hives so far,” Chataoui said.

Bee expert Antonin Adam, who has studied the insects in southwestern Morocco, also blamed the collapse on the drought.

But he added the problem may have been exacerbated by “the bees’ vulnerability to diseases, nomadic pastoral practices, intensive agriculture and the country’s desire to increase its honey production“.

That desire is clearly visible in agriculture ministry figures.

But it is not only Inzerki’s apiary that is in trouble.

Mohamed Choudani, of the UAM beekeepers union, said the crisis was hitting bee populations across the country.

But Choudani said that since last August, 100,000 colonies had been lost in the central region of Beni Mellal-Khenifra alone.

Bees and other pollinators are vital for the reproduction of more than three-quarters of food crops and flowering plants.

The UN’s Food and Agriculture Organisation (FAO) say bees play an “essential role… in keeping people and the planet healthy”, with the UN saying they “serve as sentinels for emergent environmental risks, signalling the health of local ecosystems”.

For the villagers of Inzerki, the collapse of hives is an ecological and economic disaster—but also a crisis for their unique heritage.

Chatoui, the beekeeper, said many Inzerki residents can’t afford to revive the hives they have lost.

“Some families have decided just to give up on beekeeping completely,” he said.

The hives at Inzerki are in trouble. Parts of the structure, recently listed as a national heritage site, are sagging.

Geographer Hassan Benalayat says the neglect is due to several factors on top of climate change, including the arrival of modern agriculture and a general exodus from the countryside.

Around 80 families in the village once kept bees. Today there are less than 20.

Chatoui and other villagers have set up an association to restore the structure, as well as planting herbs for the bees that are better able to tolerate hot and arid conditions.

“The situation is critical, but that doesn’t mean I’m giving up,” Chatoui said.

“The aim isn’t to produce honey, but to protect the hives and make sure the bees survive until better days.”