HomeNewsChemistrySuiting up with Al-Mg-Si: New protective coating for steel in ships and...
NewsChemistry

Suiting up with Al-Mg-Si: New protective coating for steel in ships and marine and coastal facilities 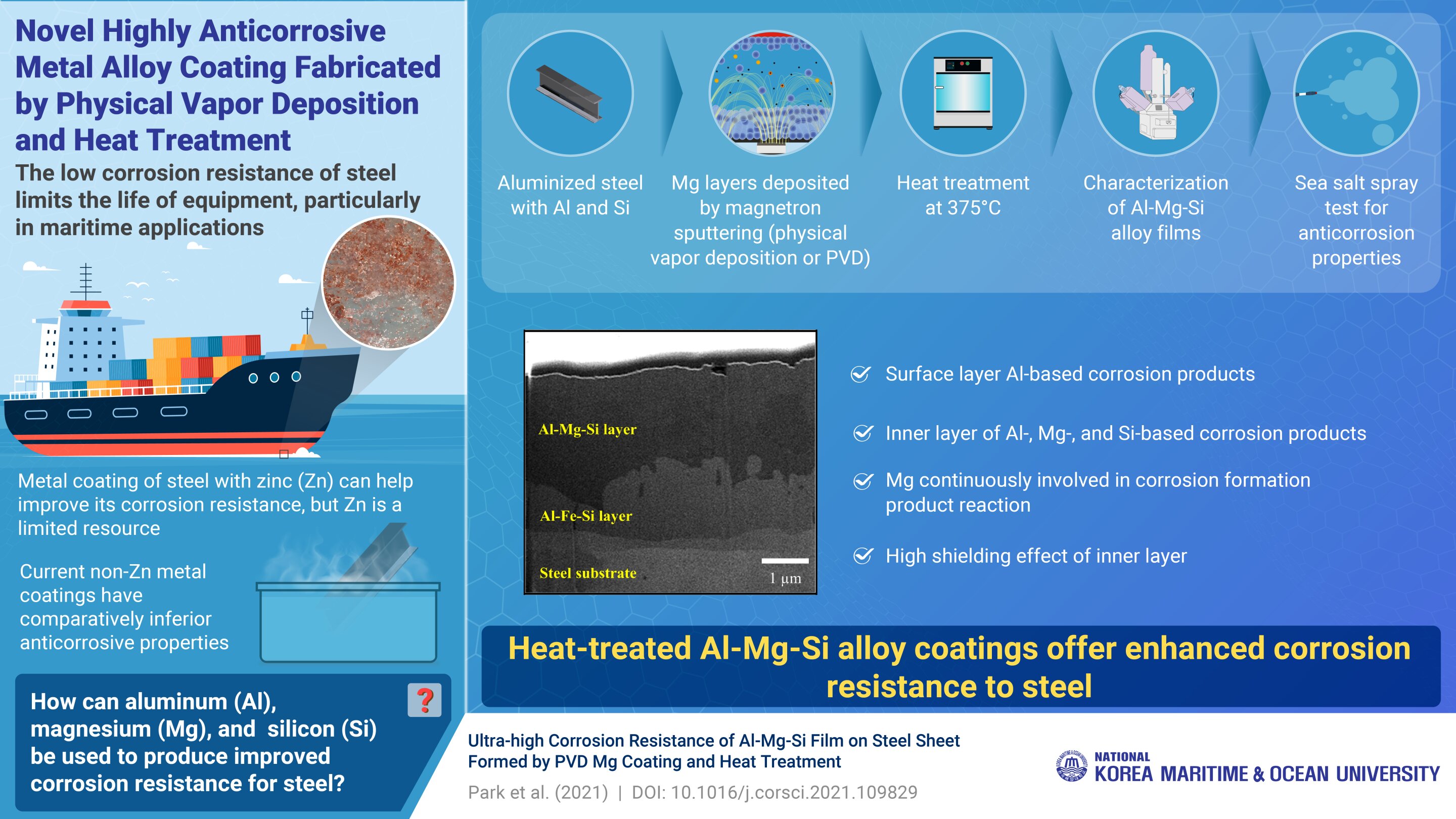 One of the most common methods of improving the corrosion resistance of steel is coating it with other metals such as aluminum (Al). But the use of Al in marine applications is limited owing to its tendency to react with chloride ions in sea water, leading to corrosion. The addition of other elements, such as magnesium (Mg) and silicon (Si), to form an alloyed coating is a promising way around this problem. But Mg cannot be easily deposited as a coating using the conventional method of dipping the steel into a hot bath of metal salts.

In a recent study published in Corrosion Science, scientists have developed a new protocol for Al-Mg-Si coating of steel. “When I served in the navy, I was constantly looking at rusting machinery. Since then, I have become fully engaged in research on how to produce better anti-corrosive steels,” says Professor Myeong-Hoon Lee of the Korea National Maritime and Ocean University, who guided the study. This study was made available online on September 9, 2021 and was published in Volume 192 of the journal in November 2021.

In this study, the researchers took aluminized steel (with Al and Si) and then plated it with Mg using a technique called “physical vapor deposition.” This was then followed by exposing the coating to a high temperature of 375° C. They then characterized the coating film and performed corrosion testing in the form of a “salt spray test.” They found that the corrosion products were also formed in two layers: a surface layer made of primarily Al-based corrosion products, and an inner corrosion layer made of Al-, Mg-, and Si- based products. Moreover, the inner layer of corrosion products produced a “shielding effect,” which further improved their anti-corrosion properties.

“Our research reveals how a highly corrosion-resistant steel can be produced using a simple change in the surface treatment protocol. This makes it very meaningful for conserving energy and environmental resources,” explains Prof. Lee.

Citation:
Suiting up with Al-Mg-Si: New protective coating for steel in ships and marine and coastal facilities (2022, January 5)
retrieved 5 January 2022
from https://phys.org/news/2022-01-al-mg-si-coating-steel-ships-marine.html